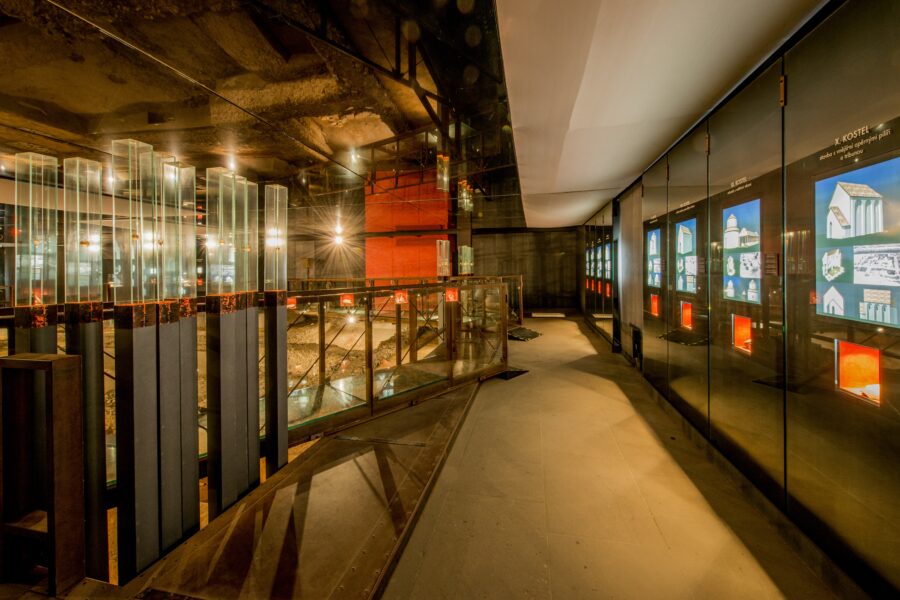 The early mediaeval Slavic fortified settlement in Mikulčice, with an area of ten hectares, is a uniquely preserved archaeological site from the time of the Great Moravian Empire and has been declared a national cultural monument. In its time, during the ninth century, it was one of the most important centres of power and culture in the Great Moravian Empire.

Archaeological excavations have provided insights into a period that was more than a thousand years ago. You can see the authentic findings in the exhibition, with uncovered church foundations and preserved objects. The adjacent grounds, with the preserved remains of sacred stone buildings, invite you to take a pleasant walk to go and explore. Near the Slavic fortified settlement is the Skařiny Nature Reserve with the meandering Morava River. A riparian forest, it is home to nesting white storks and grey herons, the colonies of which are amongst the largest in Moravia.

There is now also a new transport link across the Morava River – the Great Moravia Footbridge – which connects the Czech part of the archaeological park to the Slovak part, represented by the preserved Church of Saint Margaret of Antioch dating back to the 9th century.

Other things you may find interesting:

Ostrožská Nová Ves
Slovácký dvůr is a place to spend time together with family and ...
(0)
READ MORE
Local products, crafts

Hodonín
The museum has the only permanent exhibition in Moravia dedicated to the ...
(1)
READ MORE
Museum, gallery, monuments, culture